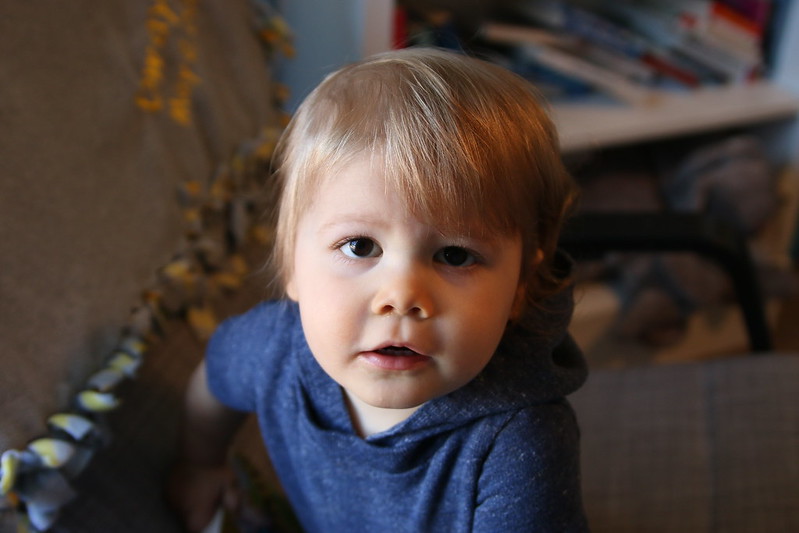 It feels like yesterday that he was born, but it also feels like he’s been with us forever. Being a parent is weird and time is a thief, but two is so fun. 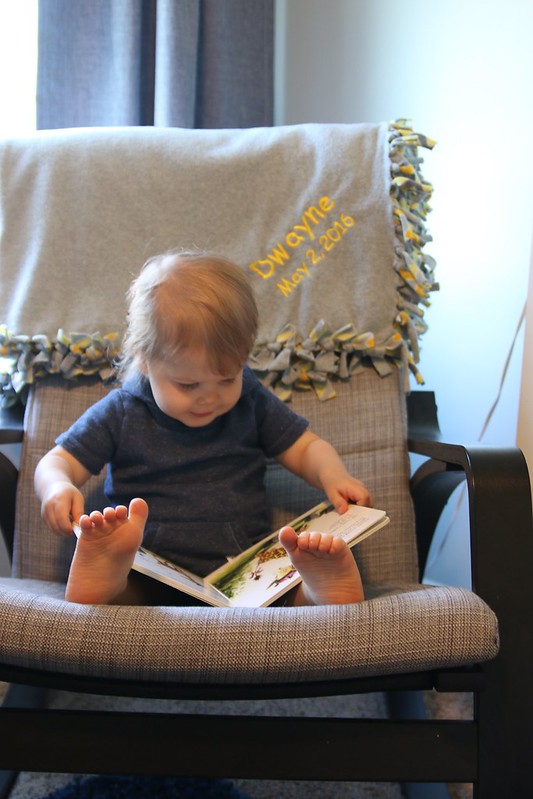 He is getting more fun with age and also more stubborn. We had a doctors appointment over Christmas (out of desperation because he refused to sleep without kicking, screaming, and body slamming himself into the sides of his crib) and I was hoping he had an ear infection or something to explain this very unusual and frustrating behavior. I think the doctors words were “He is perfectly healthy, very very smart and very very strong willed.” I think she also mixed in the word manipulative. It was a relief to hear that he was healthy but a bummer to now have to learn how to parent an 18 month old that was very skilled at manipulating his parents. 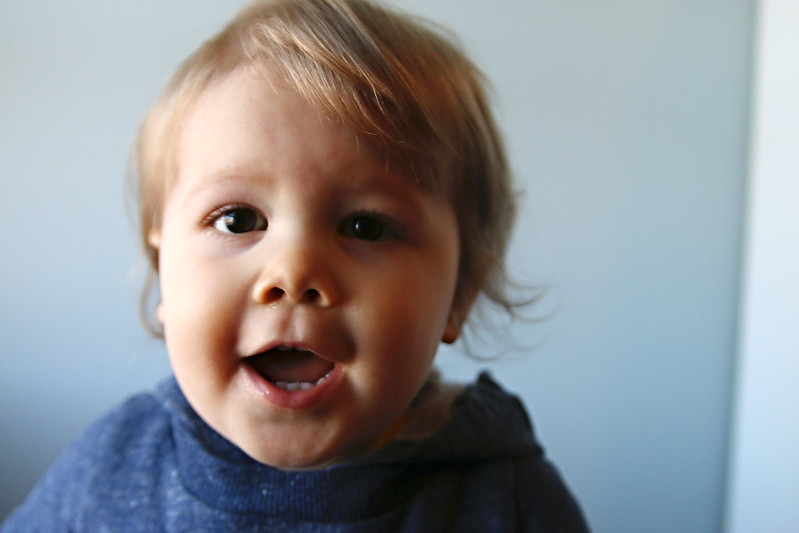 Stubborn or not, he is so so loved. 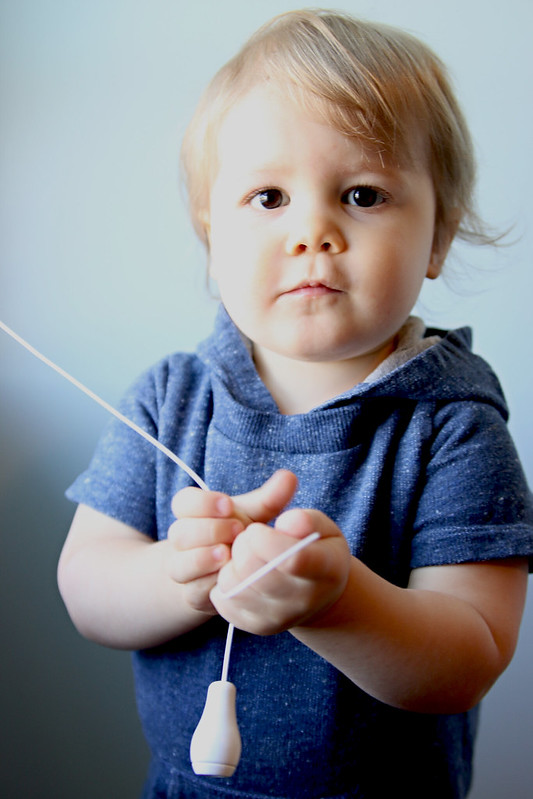 His favorite toys are not toys. At his birthday party he carried around a paper plate for awhile. He would not put it down and he absolutely did not want food on it. 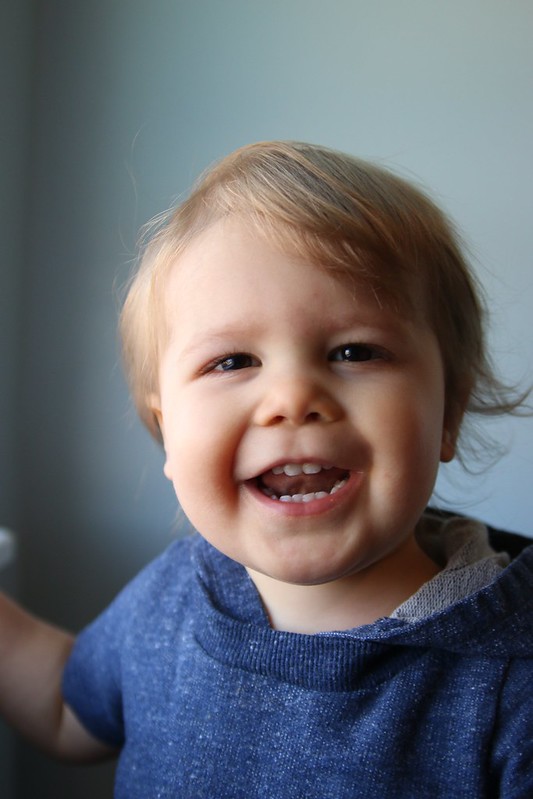 He started swim lessons a few weeks ago and L O V E S the water. My parents have a pool so I think swimming is going to be a big part of his near future. 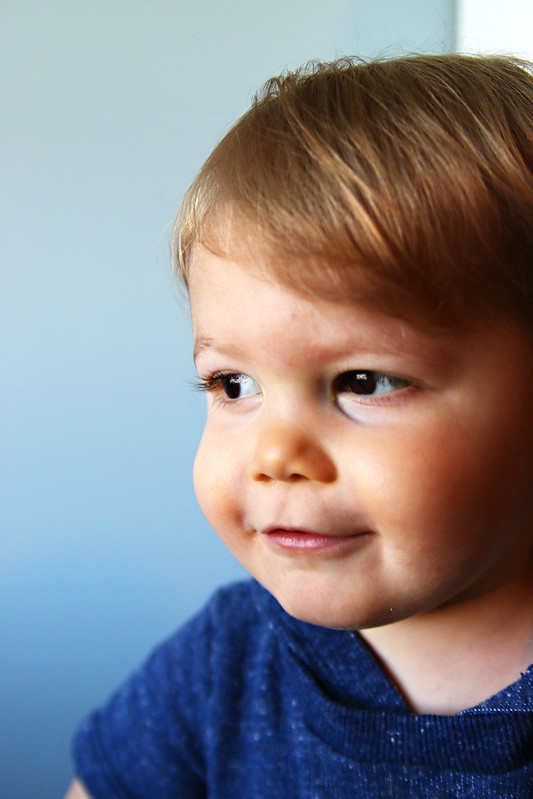 He climbs anything and everything. 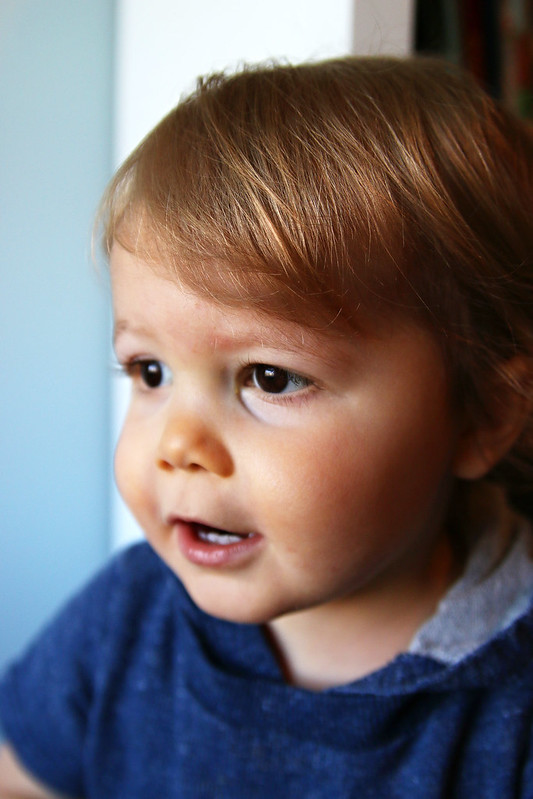 He’s very introverted and after spending lots of time with people or other kids he recluses to his room to read books by himself. 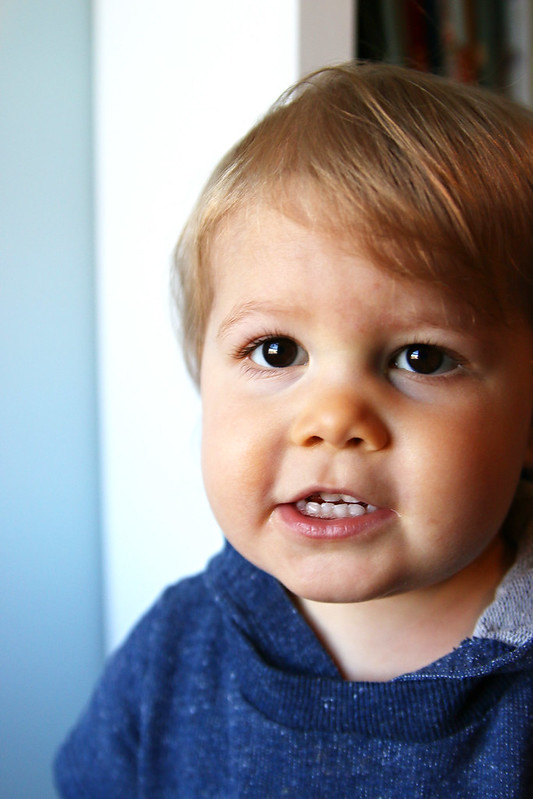 His favorite little friend is his cousin Pierce and when they see each other (which is pretty often) they embrace like long lost friends. 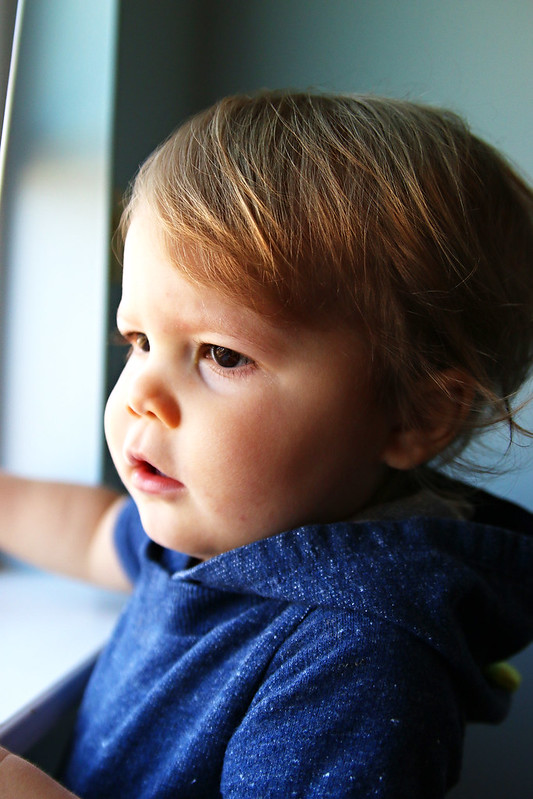 He hates having the sun in his eyes and that’s pretty much the only time he cries in the car. He’ll throw his arms over his face and scream as loud as possible until we turn. 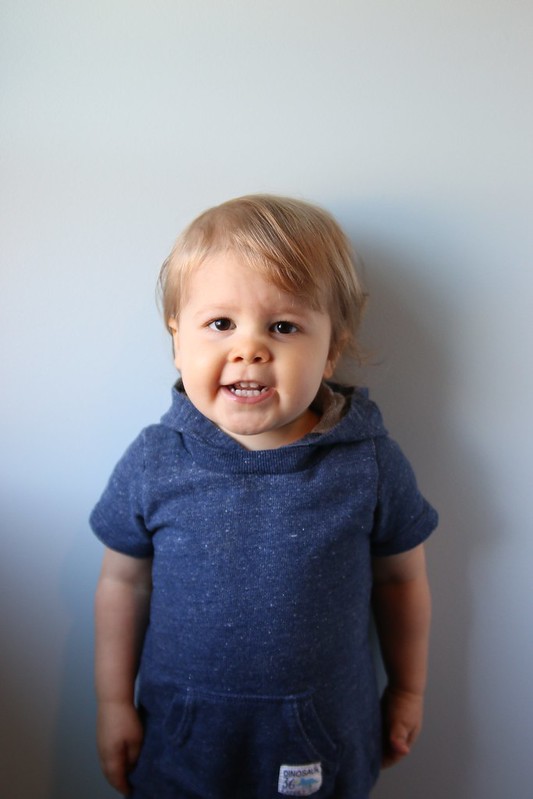 He prefers the outdoors over anywhere else – loves the park and loves throwing rocks in the pond down the street from our house. Also in the pic above he’s saying “Cheeeeese” 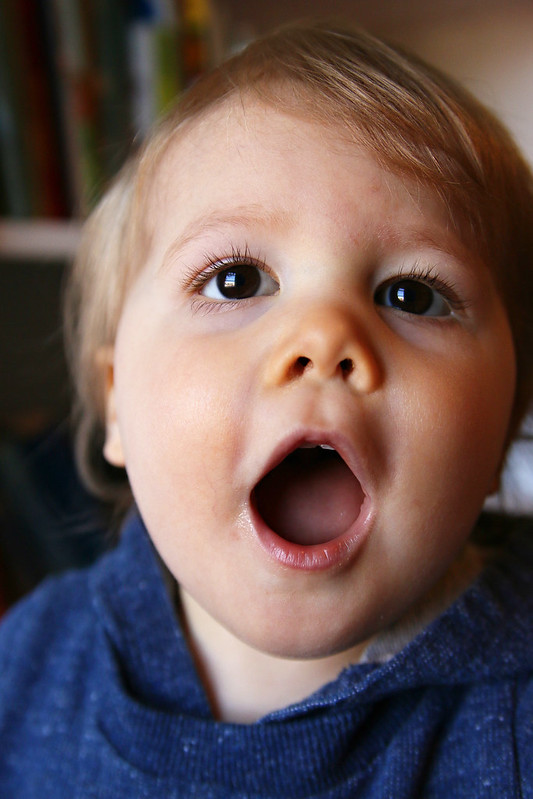 When he says goodnight to dad he says “Wuv you Daddy” unprompted. 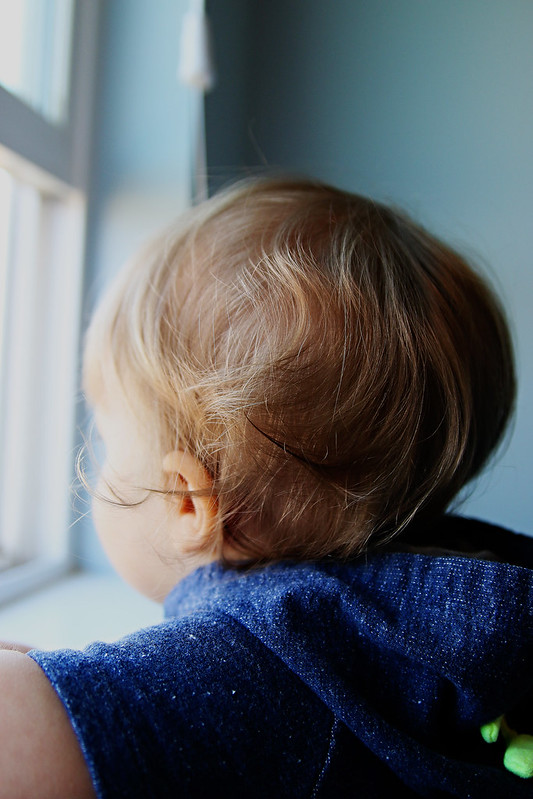 He still eats mostly dairy free because I’m afraid to introduce it and make his tummy hurt. 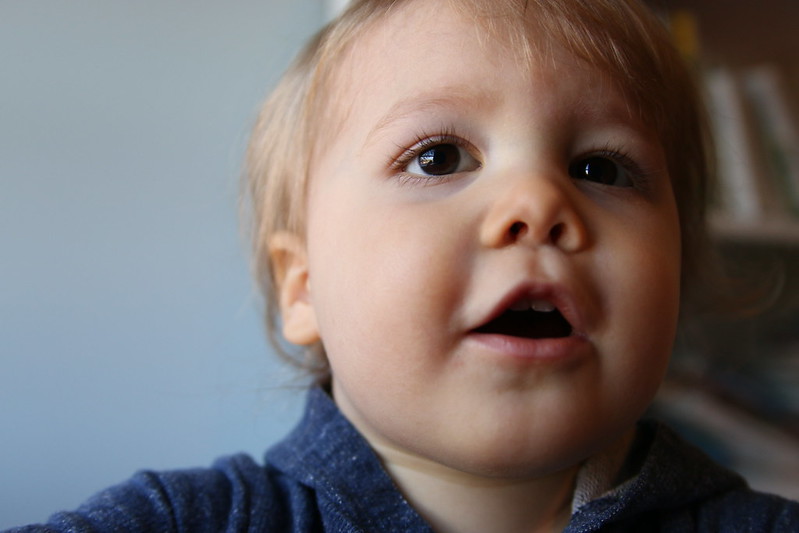 Him and Alfred still don’t get along and when Alfie comes out of Mike and I’s room, Dwayne resorts to army crawling around the house hoping that Alf doesn’t see him. Dwayne still tries to earn Alf’s affection though by asking to give him treats all day long. 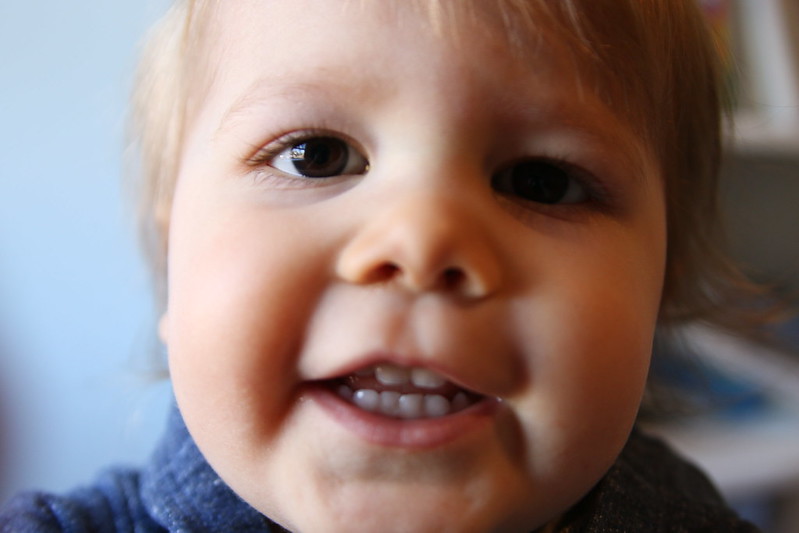 Like I said before, two is fun and funny and hard at times, but I wouldn’t trade it for the world. 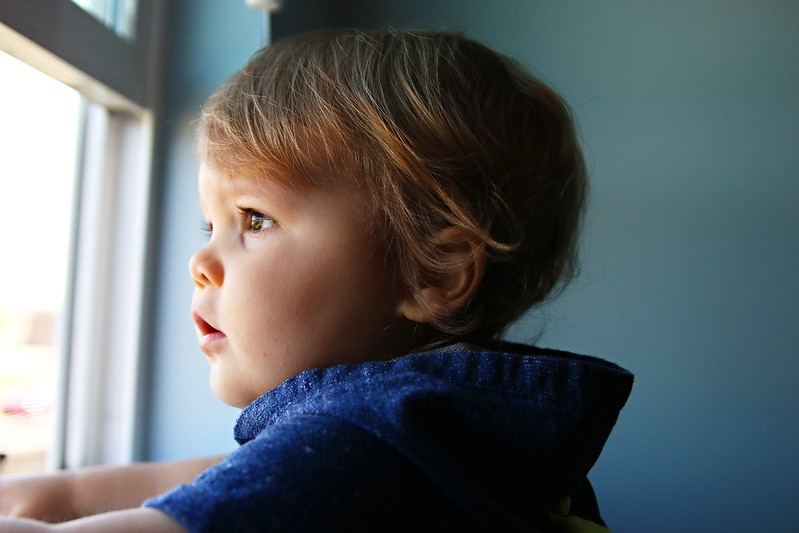 I think since we’ve made it to February, it’s about time I hopped on to talk about 2018.

I cannot believe it’s 2018. I graduated high school 10 years ago and now, I have a family: a husband, a dog, and a toddler. Probably what I had hoped for when they asked us “where will you be in ten years?”

Here we are, 10 years later, and I feel so similar to who I was back then but yet so different. My goals this year are loose concepts that I hope to improve on, motivated by the question of “where will you be in ten years?” except replace ten with one.

1: Be the healthiest version of myself

This goal is a lot. It has lots of levels. Physical health, mental health, hormonal health, and spiritual health are the four levels I’m trying to focus on. January was a good challenge for me and I’ll detail more in future posts but back in December my hopes for 2018 were to eat well, workout well, and self-care well.

I know I’ve talked about our photo books on here before. They’re 10×10 books from Shutterfly and I’ve made one every year since Mike and I have been married. The books are wrapped up in this goal. I haven’t finished 2016 part two and I’ve just now started to organize 2017. I’d love to finish those and have 2018 near completion by the end of the year. This probably looks like doing “maintenance” once a month but I have a lot of catch up to do. 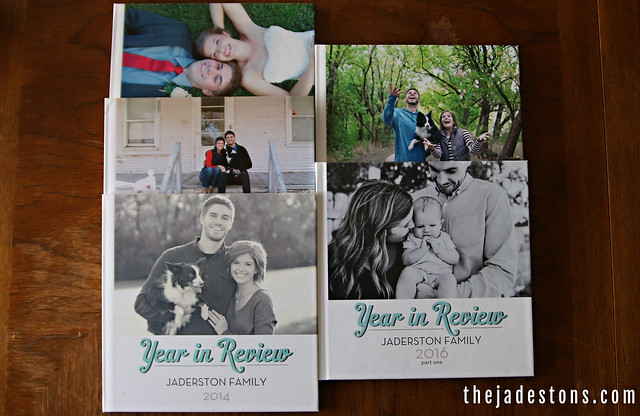 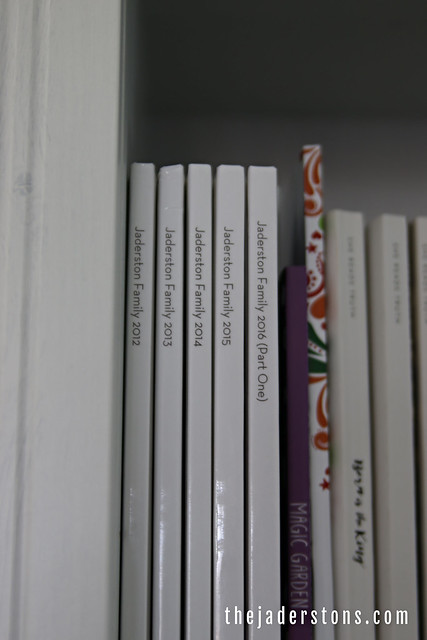 I’ve been reading a little bit about minimalism the last few months and there are pieces of it that are so enticing to me, mostly the parts about tidying your house and removing distractions and clutter to allow space to relax. I want our home to be comfortable for us but also a place of escape. Right now we have a lot of stuff. Stuff we don’t need or use but yet we still have it. I’d like to purge and organize so that our home is functioning properly but also is a place of peace so we can unwind here as a family. So far we’ve focused on our basement and I’m happy to report great progress thanks to some Christmas presents motivating us to make the space useful. I’ll share more in future posts.

Hope to see more of you, thejaderstons.com.

…
Happy New Year from sunny Arizona!
I’ve been fighting a cold since before Christmas so I fell asleep plenty before midnight but it was nice waking up to 2018. Dwayne stayed up a little later than normal too so he’s still snoozing at 8 AM.
I thought I’d drop in to say Merry Christmas and Happy New Year!

Life is good for us. 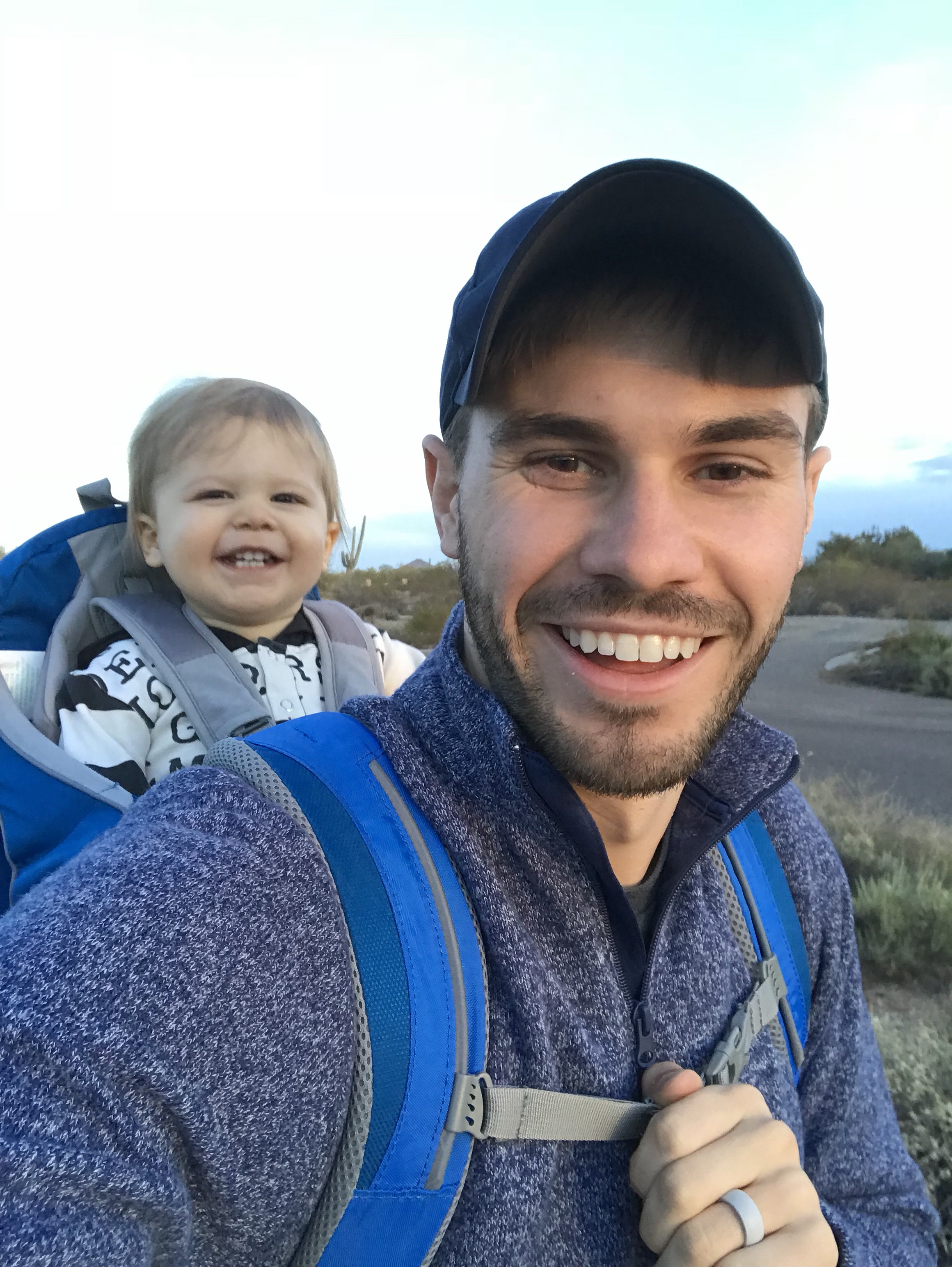