What I meant to say was…

My intentions were to sit down this morning and write a post about our Save the Dates and how much I loved them. But then I woke up after a loooong night of fighting with our smoke detectors and decided against it.

It started about a month ago.

Our smoke detector outside our room started chirping (meaning it was time for a new 9 volt). We went to the store and bought a new battery and replaced it the next day. Then we heard another chirp… Turns out there is another smoke detector a mere 4 feet away from the first that also was low on battery. Luckily we had bought a two pack – so we popped in a new battery there too.

Then we heard another chirp.

WHAT?! Why are these silly guys still beeping? So we lived with it for three weeks. The occasional chirp was manageable because both smoke detectors were working well and tested fine.

Well two nights ago we had had enough. We had done a hard reset (killed the main breaker of our home and held the reset button on both smoke detectors for 30 seconds and then turned the power back on) and they were still beeping!

Mike got home from work yesterday determined to fix these smoke detectors and a guy knocks on our door. He’s selling a house alarm system that we don’t need, but they include new smoke detectors so we were sold! I’m not kidding, we talked to him for an hour while our food cooked and then cooled down and actually signed up for the stuff! Then the tech guys came to set it up and we got cold feet (BECAUSE WE DONT NEED IT) and we backed out and canceled everything and meanwhile still have smoke detectors that are BEEPING!

That was a tangent, but I felt that it was worth mentioning. We were in a bad place.

We found another smoke detector in the basement and thought that maybe that was the one beeping so I rush out to Dillons to buy another 9 volt battery (turns out Dillons keeps their batteries in the pharmacy department). I replace the battery and something is still beeping.

SOOO we did another hard reset – at 10 pm. Turned the power back on and there is still a chirp! But from WHERE? We couldn’t figure out which one was chirping! So we had given up and went to Walmart to just buy three new smoke detectors that connect to AC power. Walmart was sold out (except for $50 a pop fancy brand). So we bought $6 worth of candy and drowned our sorrows in sugar.

We got back home and detached all three smoke detectors – pulled our their batteries and wrapped them in a blanket to shush them. And there is still a chirp.

Turns out? It was the stinking smoke detector in the closet that was chirping all along. The battery had died! And since I didn’t remember that we even had the smoke detector until last night I didn’t think to check that!

We had our first peaceful night of sleep in a month. And all our smoke detectors are reattached with new batteries and no chirps (hopefully).

And I feel a little bit like we’ve wasted a month of our lives being attacked by a beep from nowhere.

And I’m channelling my inner Phoebe… 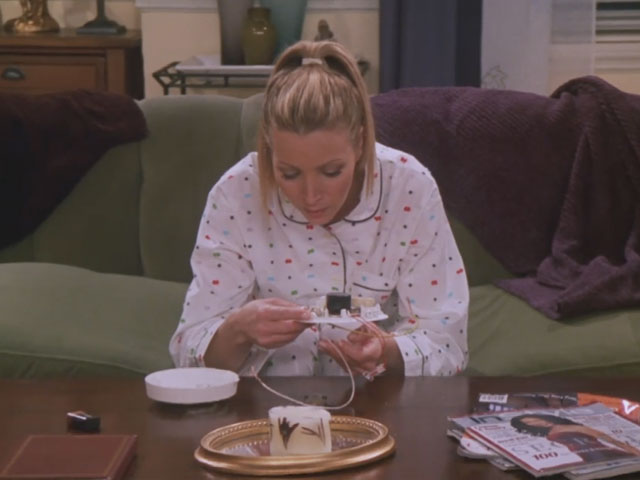 I hope you’re having a better week than we’re having, but it’s all looking up from here! 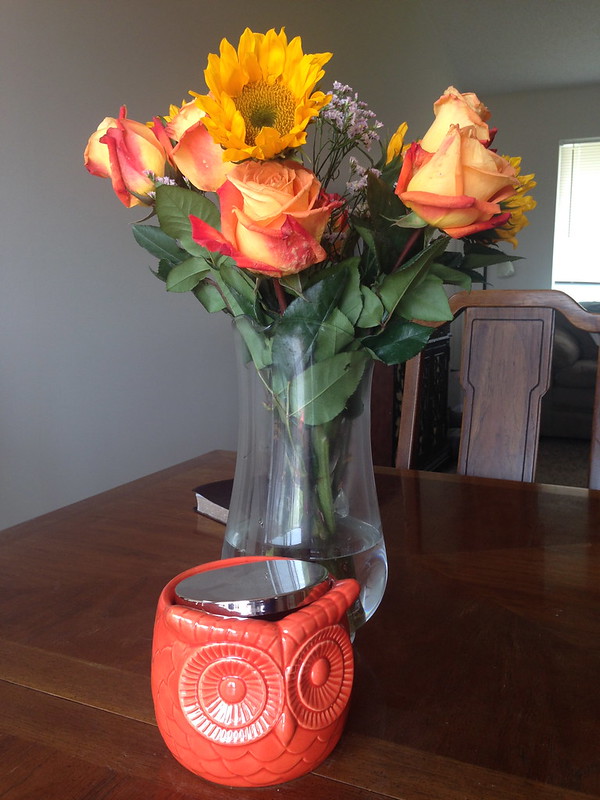 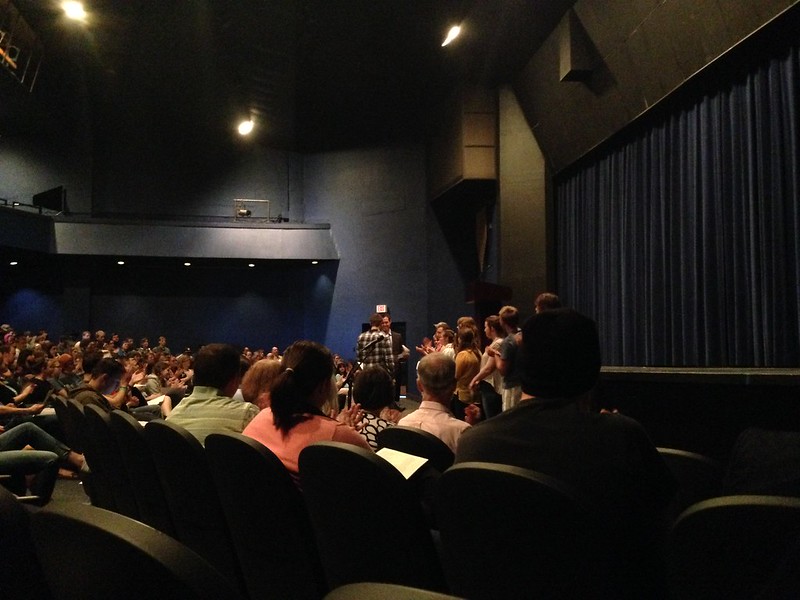 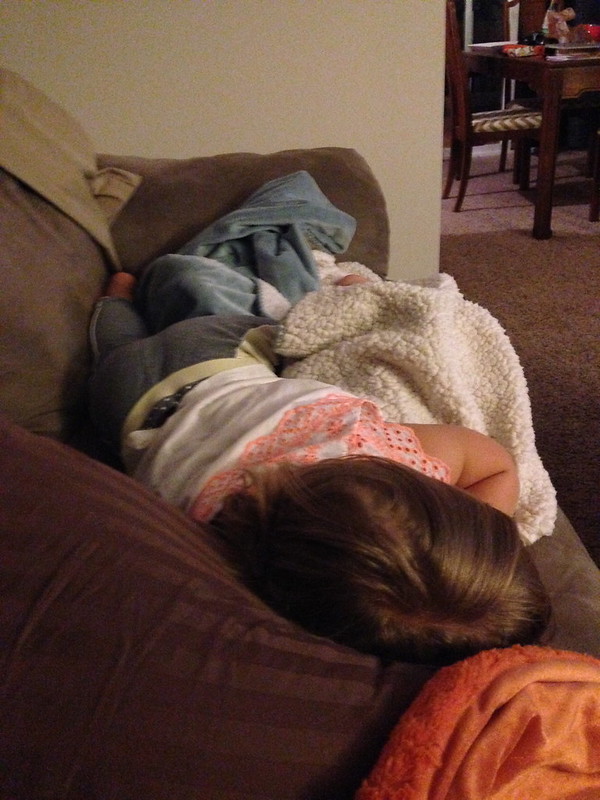 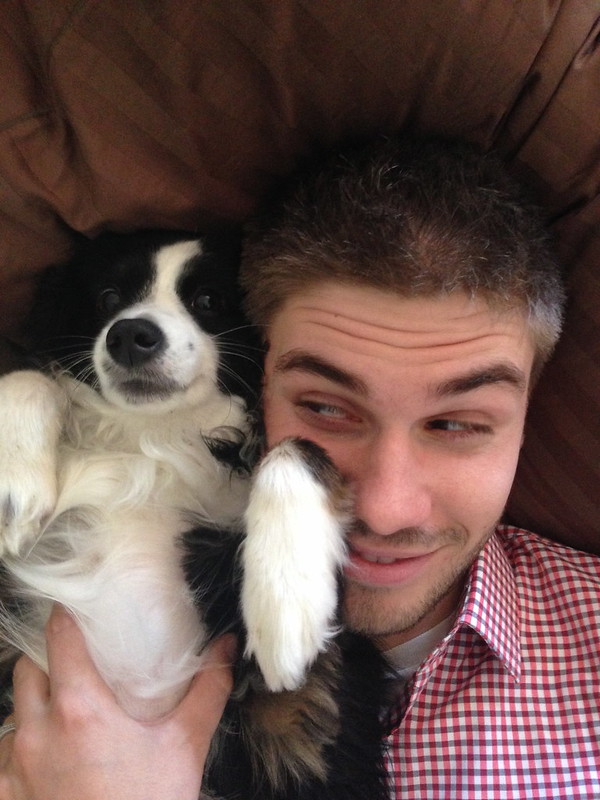 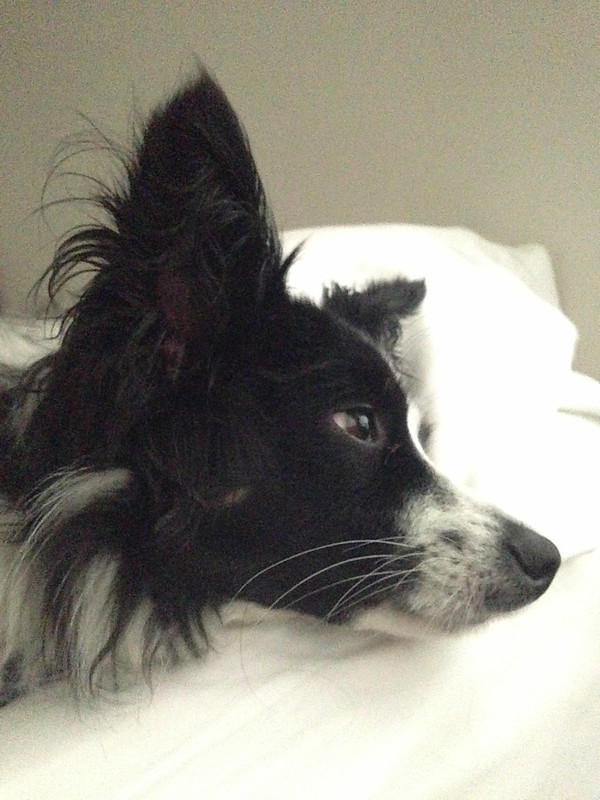 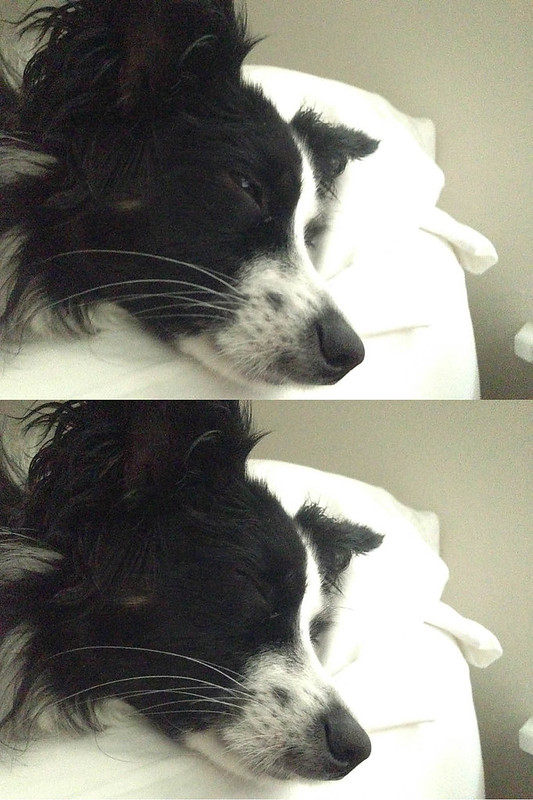 Mowed our lawn for the first time since moving here
Ate ice cream with apple pie and roasted s’mores over a fire
Went on a double date (SO FUN) with new friends
Spent time with my littlest sister
Watched The Lorax and Hercules
Meal planned for the week ahead and did the grocery shopping
Made health goals for the month of May
Painted our bathroom trim and lived without doors for 4 days
Visited Sterling where Mike received an award for being awesome
at ministry (okay, I don’t remember the exact title of the award)
Took a long afternoon nap and woke up to chewy sprees and cherry sours
(Thanks Mike for knowing that my love language is candy)
Waited for the tornado siren to sound (Midwest problems)
And tried not to blow away in the constant 30-40 mph winds.

What did you do this weekend? I hope it was filled with fun and that you didn’t blow away. Happy day!

I have been itching to bring some color into this house for awhile now. We have been working with Ultra Bright White the entirety of our time here. So when I went to Home Depot last weekend I was ready to make an impulsive purchase. 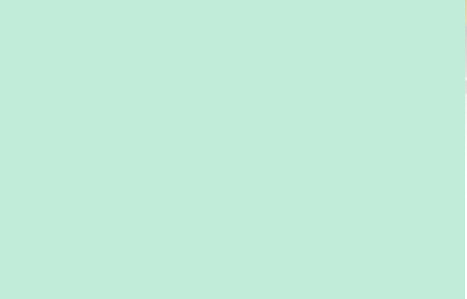 Now if I had really been thinking I would have picked out a color palette for the room before I went and impulsed the Seafoam Pearl because now I am stuck on what to do for curtains and pillows and how to tie it into the kitchen and dining room. Woof!

But anyways, this is how I updated the inside of our front door! 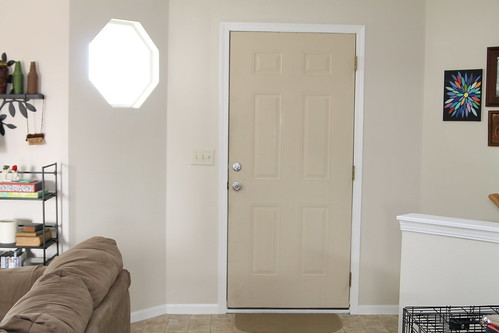 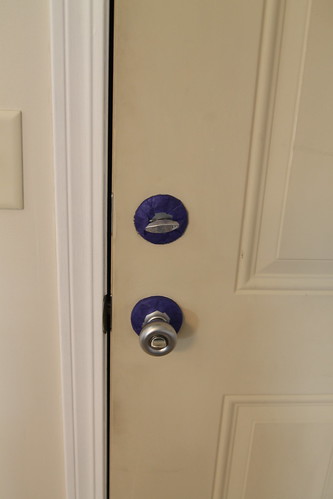 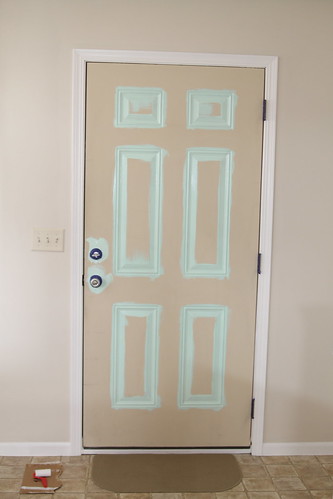 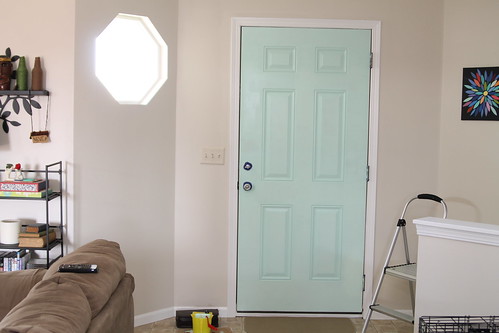 After 1 coat of paint 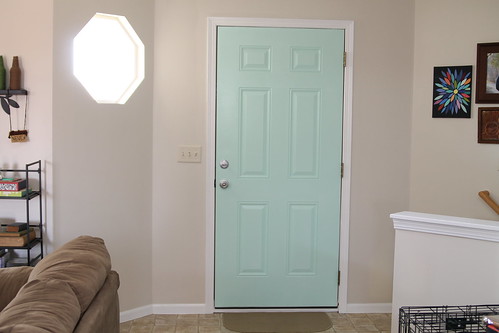 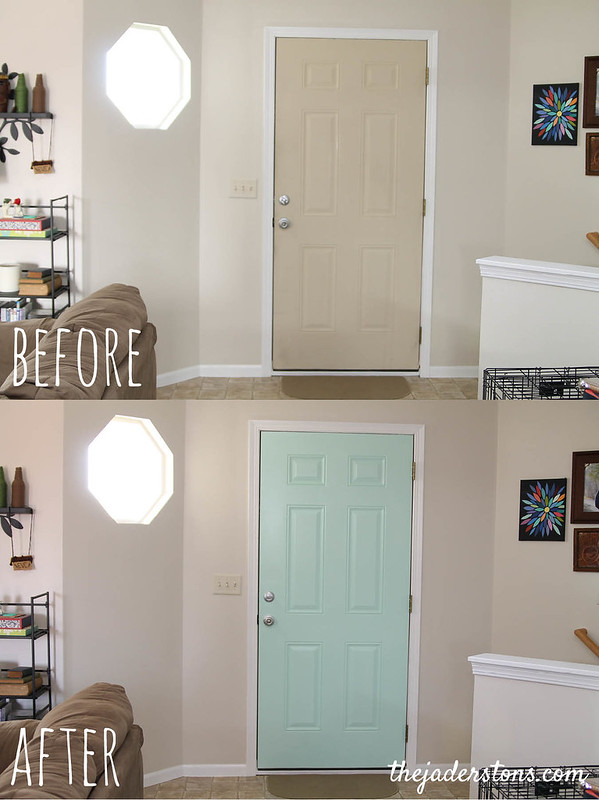 What do you think? I LOVE it. It adds just the right amount of color to that wall. Now, I want to rewrap my yarn bottles in some seafoam color and I’d love to paint that little shelf a fun color. Uh oh… I see lots of colors in our future!