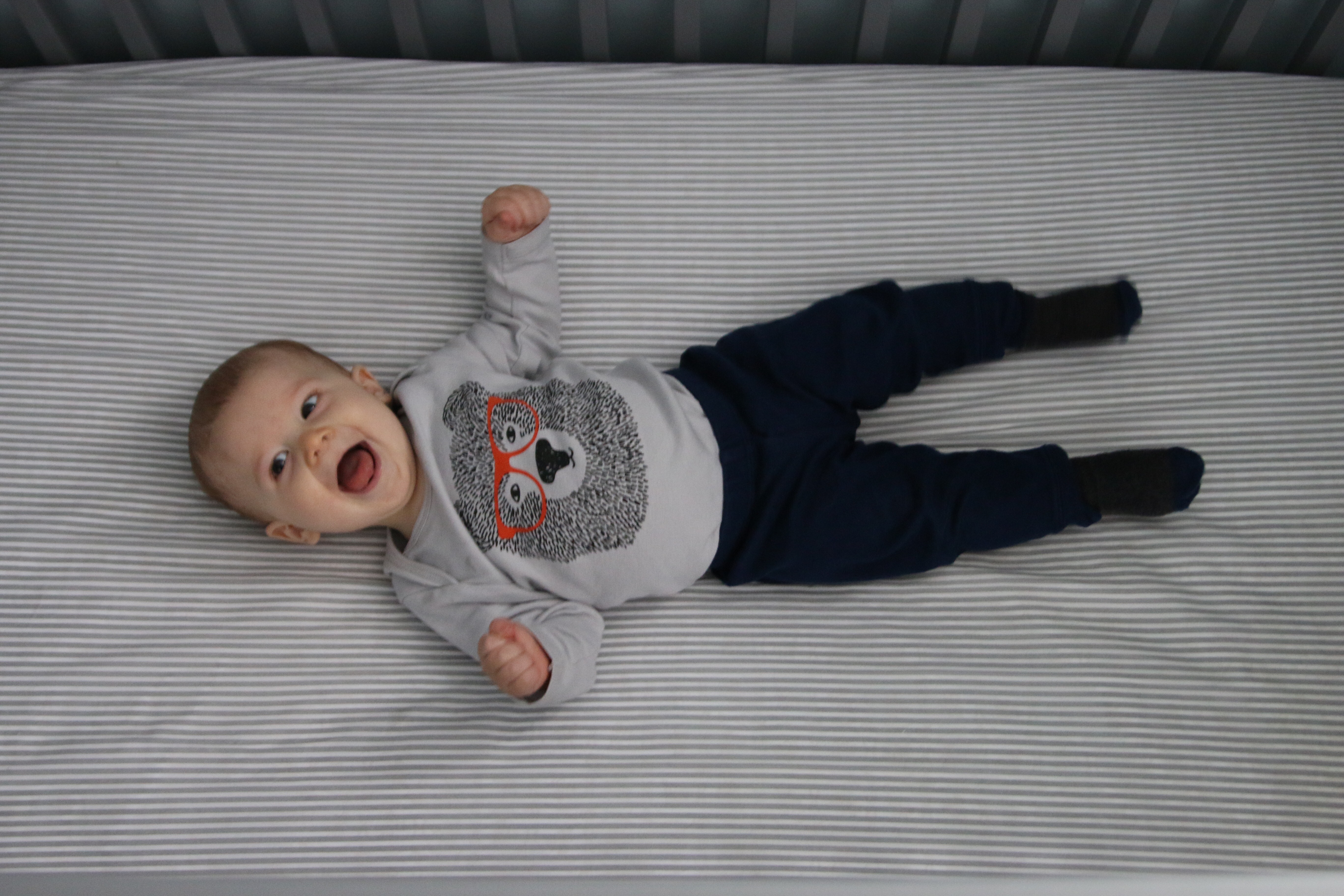 Yep. Can’t believe it. 7 months old! And clearly pretty pumped about it. 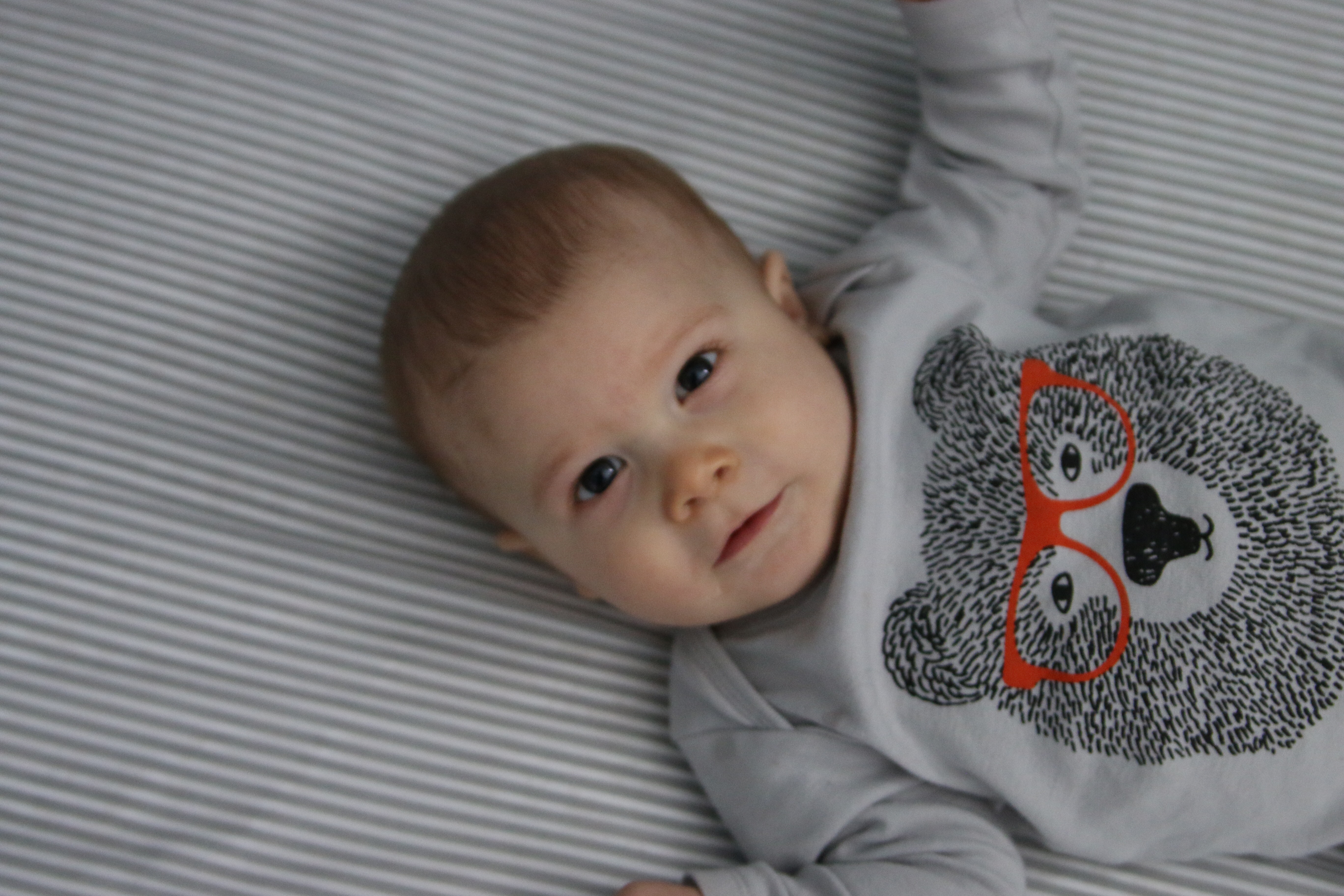 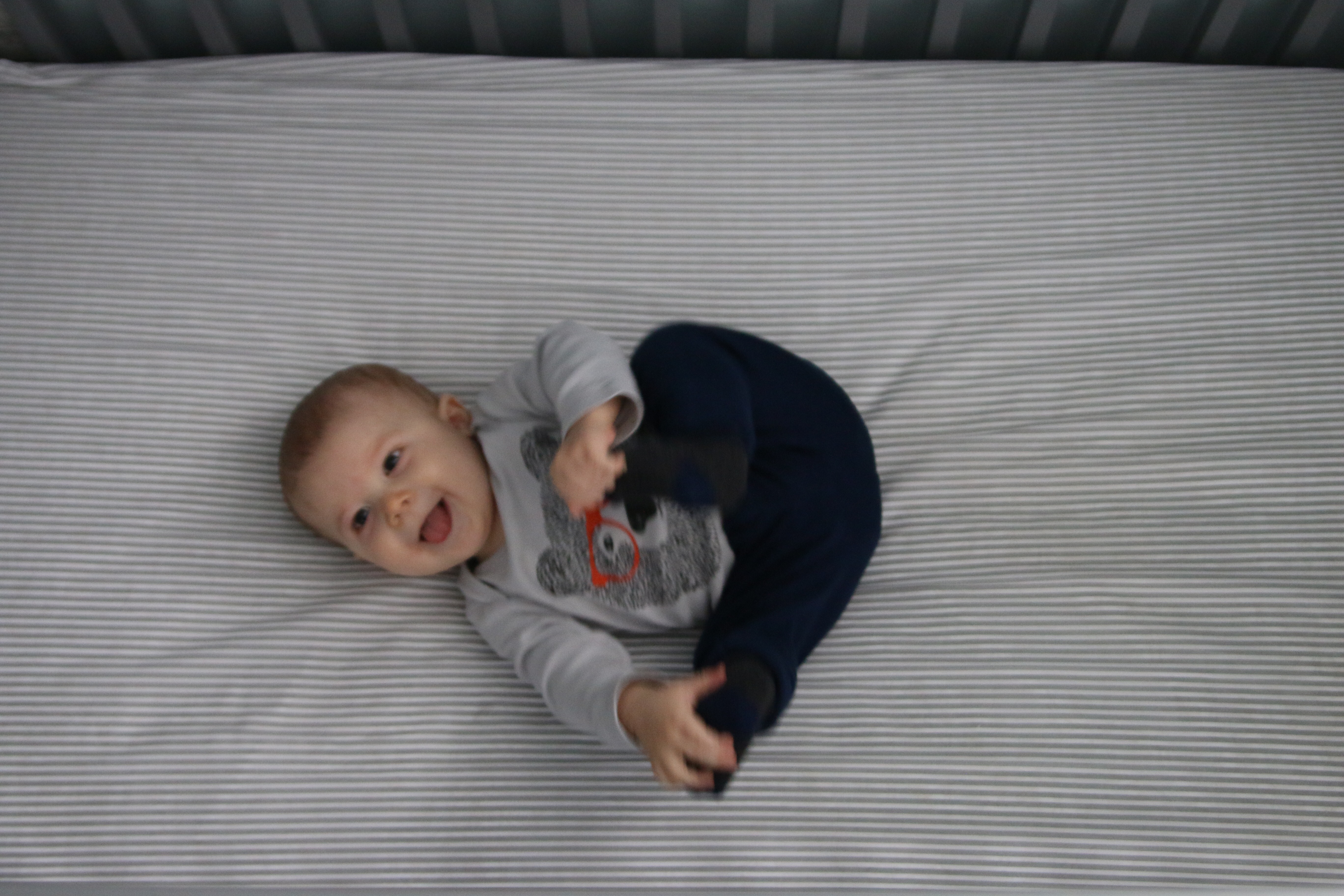 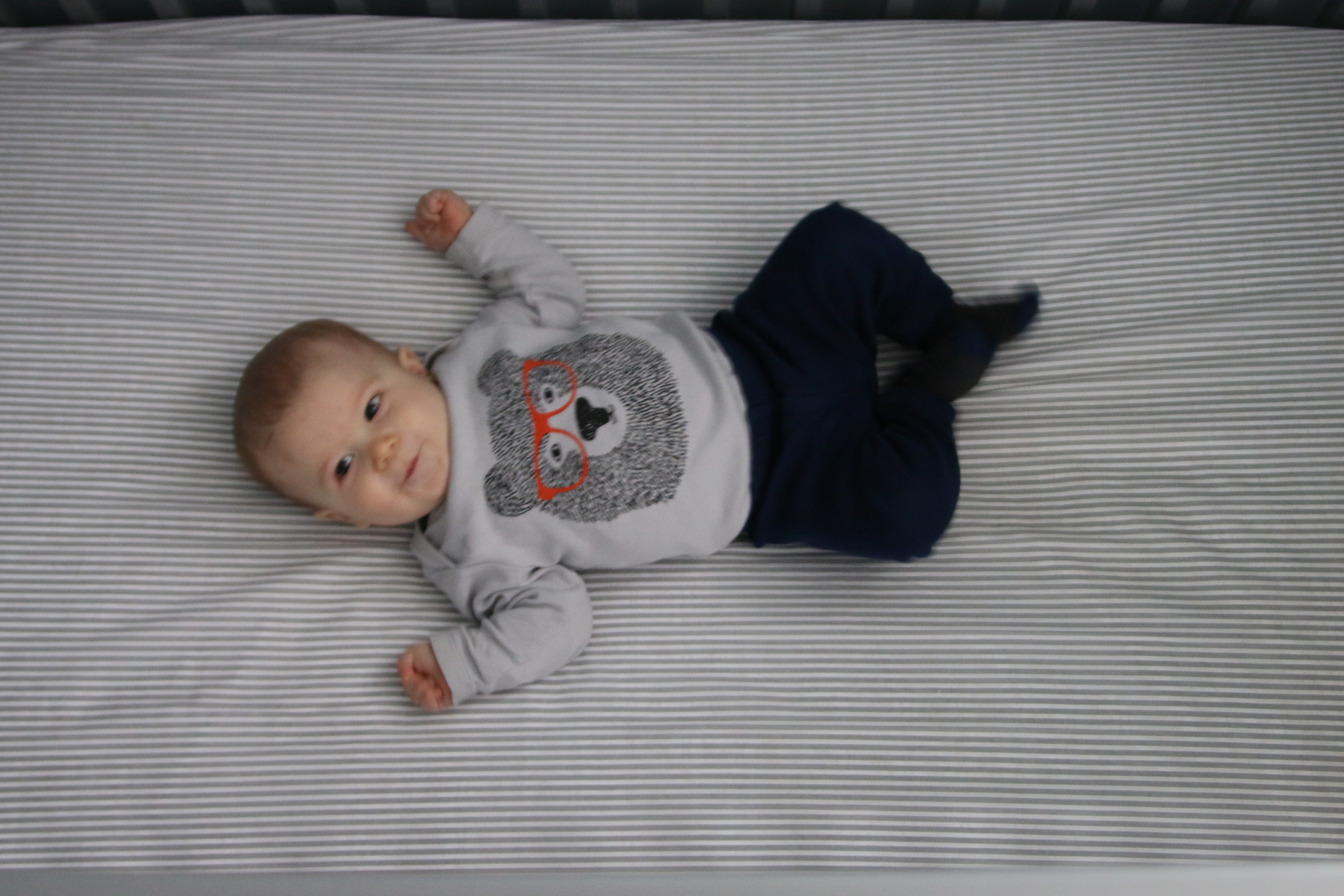 I had about 45 seconds to capture those photos before he realized he was in his crib and he wasn’t tired. Gotta love the predictability of this kid. 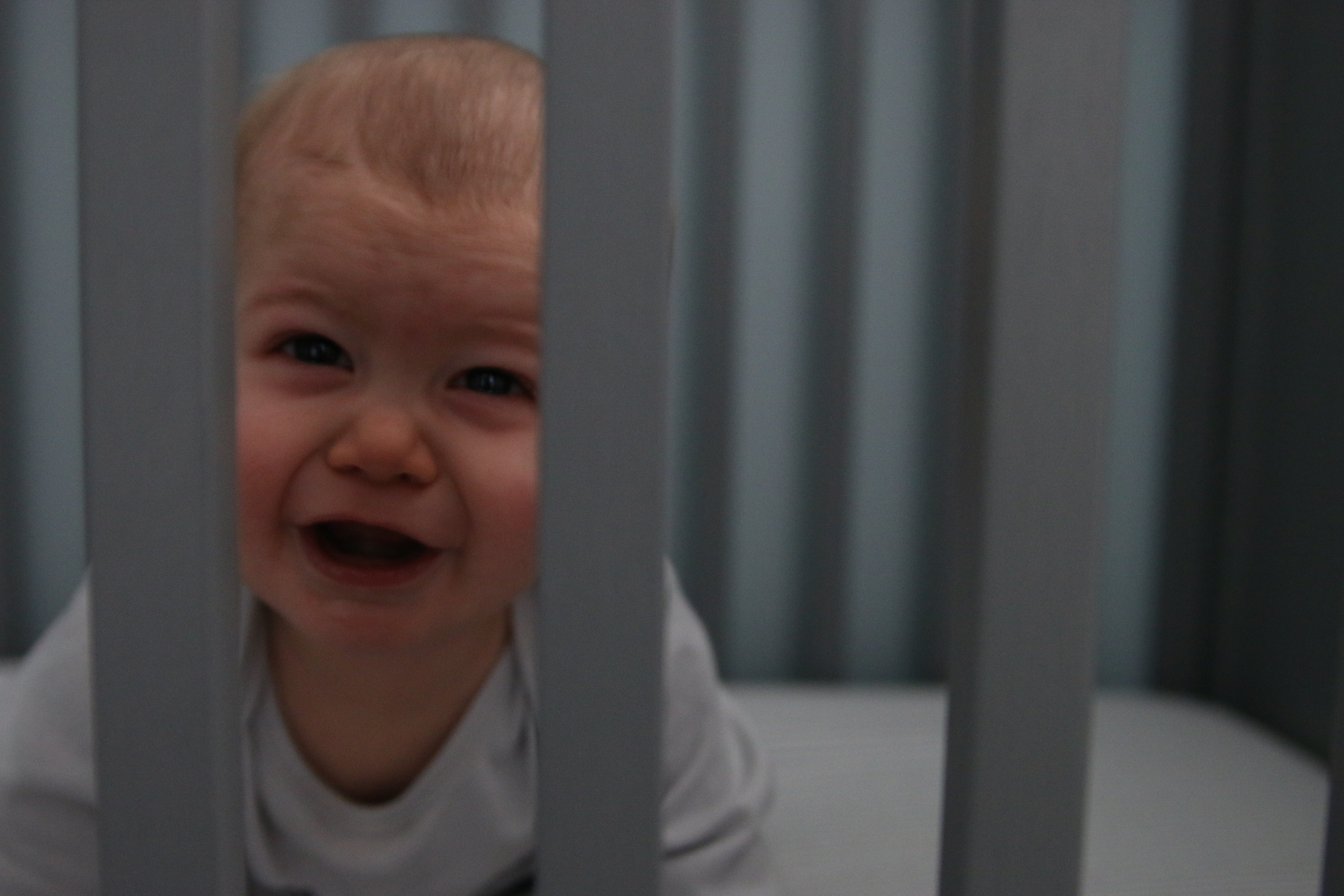 He’s crawling and pulling up on everything. He loves food and unfortunately is still allergic to cows milk protein. I was able to have real pizza though and cheese on sandwiches for a couple weeks until he started showing signs of the allergy again. He had a pretty major sleep regression this last month (or two) but I am starting to think the last couple weeks of little sleep was because of the dairy. He’s starting to show signs of pain too so hopefully the change will take affect soon.

He loves the Christmas tree and is terrified of me vacuuming and using the power drill. He’s starting to show signs of separation anxiety when I leave the room. And there is a stain glass lamp at my parents house that makes him so so happy. He will stare at it and very gently touch it for so long. Hilarious boy. 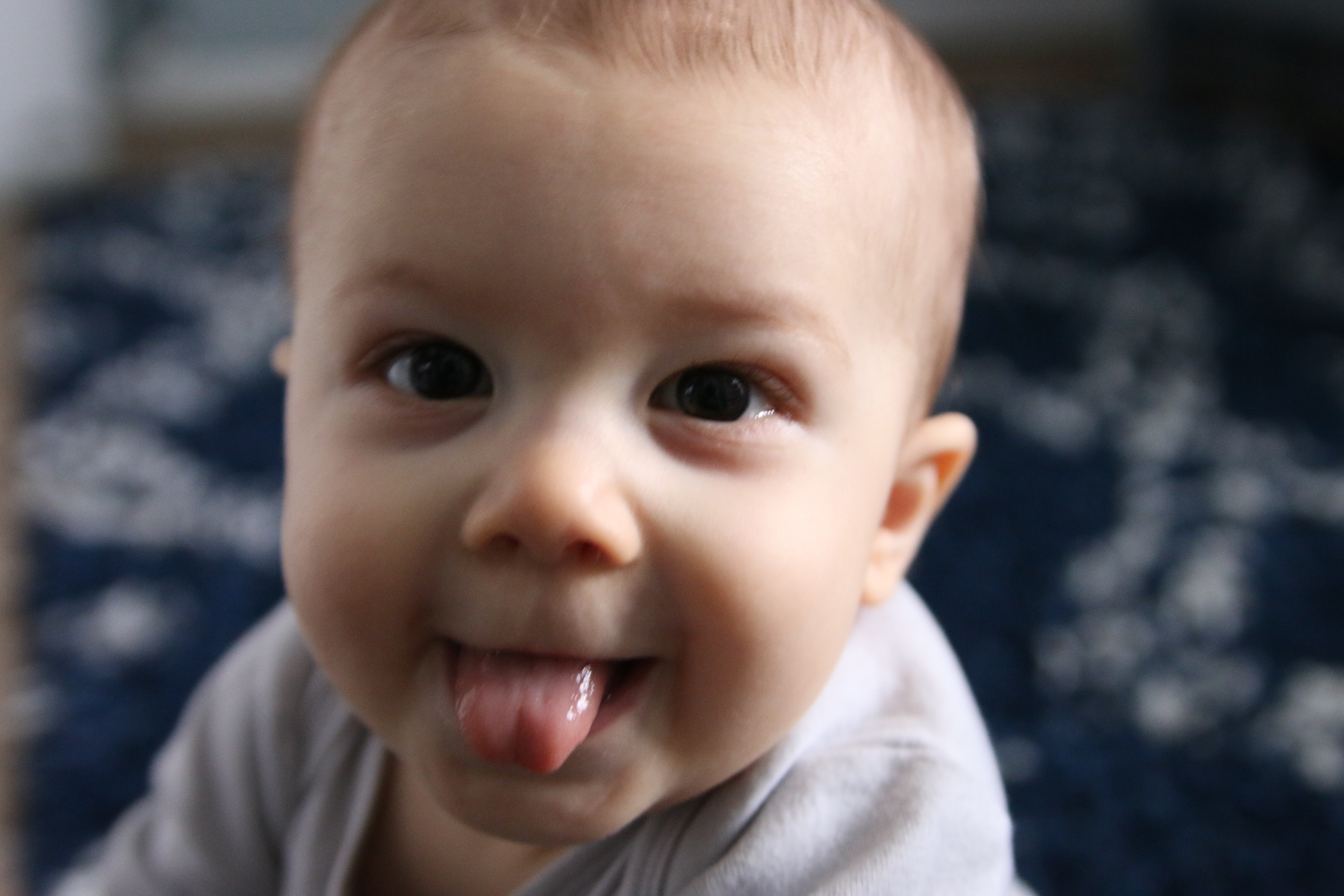 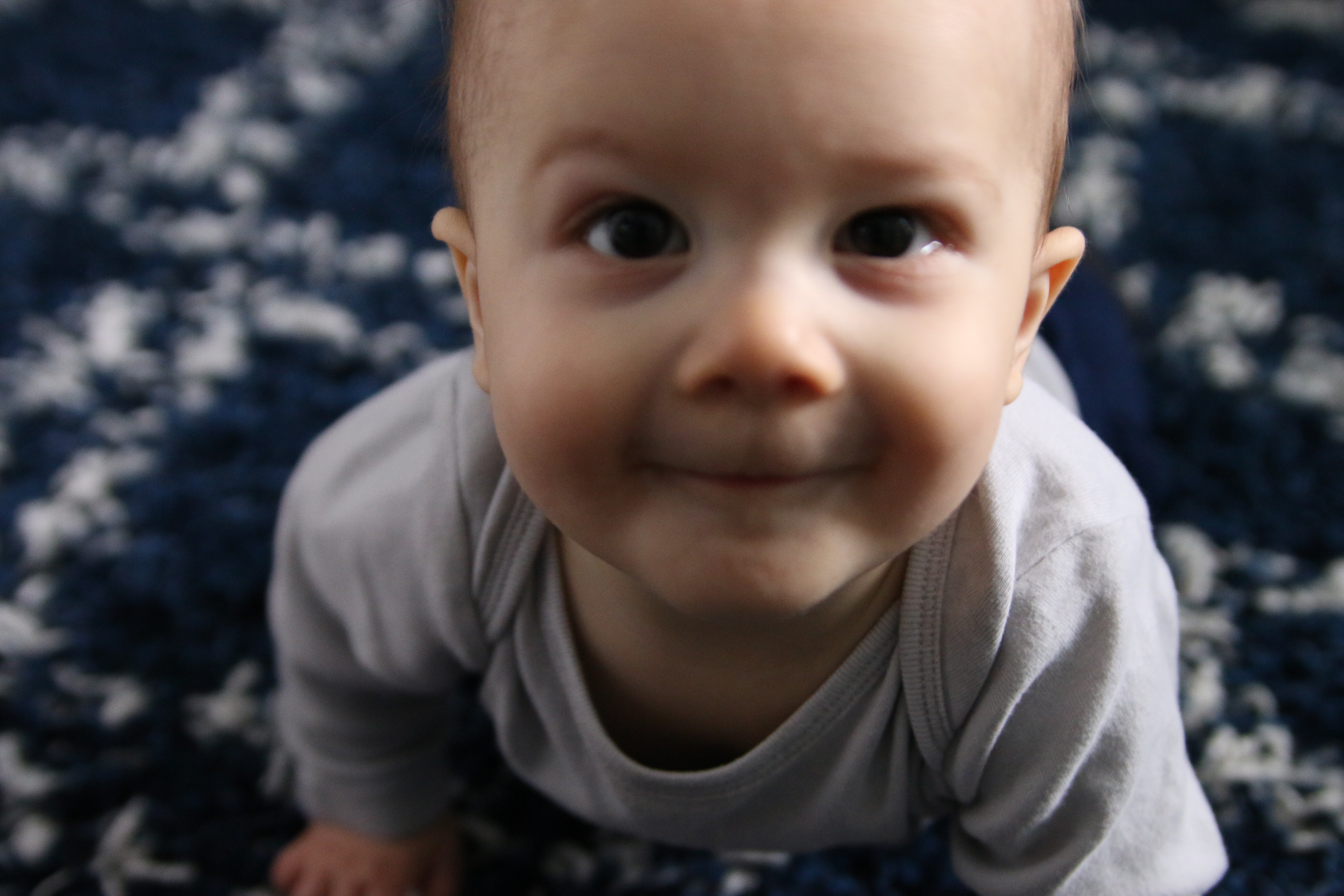 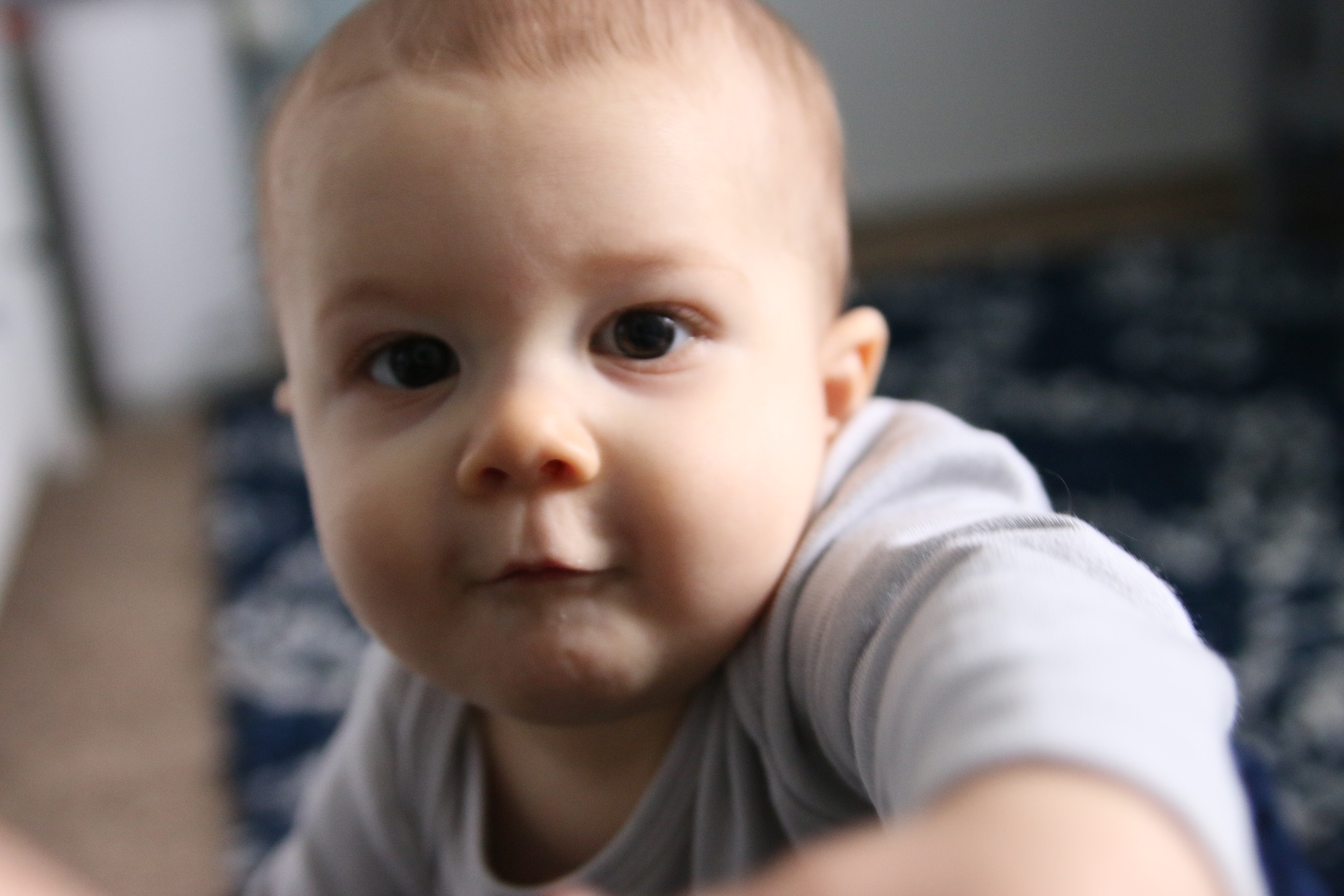 I’ve said it before and I’ll say it again. This boy is so so loved. He brings the joy like nothing ever before.