If you missed it, Tuesday was our 3rd wedding anniversary!

Mike and I took our afternoons off (hoping to golf but that got rained out) and went shopping! As we prep for camp we always tend to do a little more shopping. Every year we get super excited for new “camp” clothes or shoes or bags.

He surprised me the night before our anniversary with a new bag and new chacos! Then on our actual anniversary he bought me some decor for our house that I am obsessed with (I’ll share later). 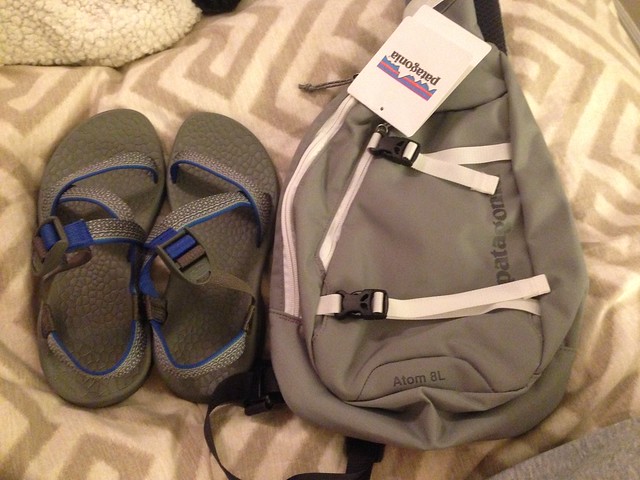 It was so much fun to spend the day out and about with him.

After shopping and then a stop at my parents house to see the little sister we went to dinner at Bricktown Brewery and F E A S T E D. Seriously. Wow. We ordered 2 appetizers and 2 entrees. So. Much. Food. 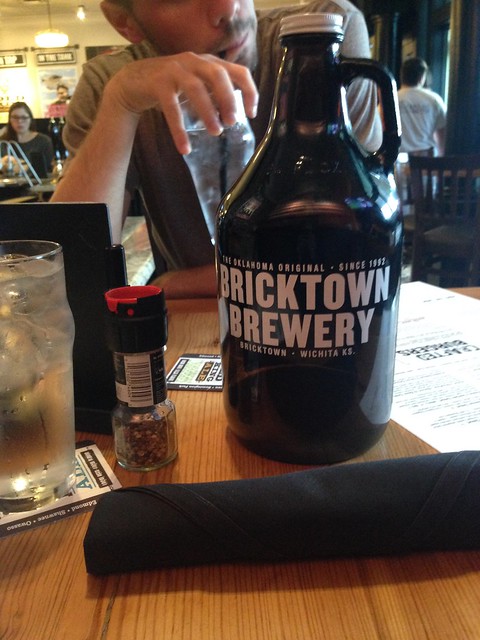 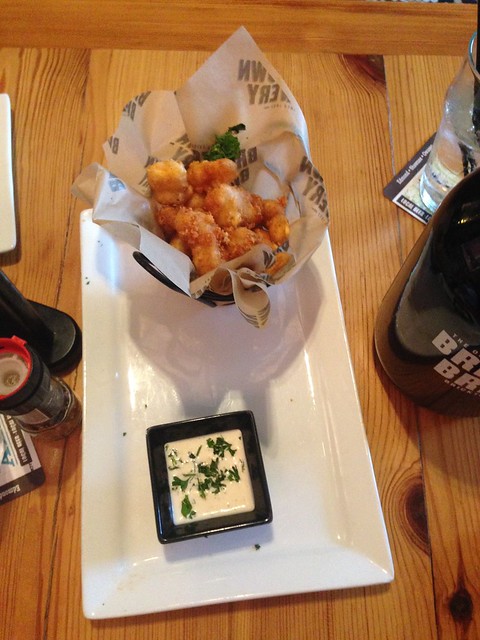 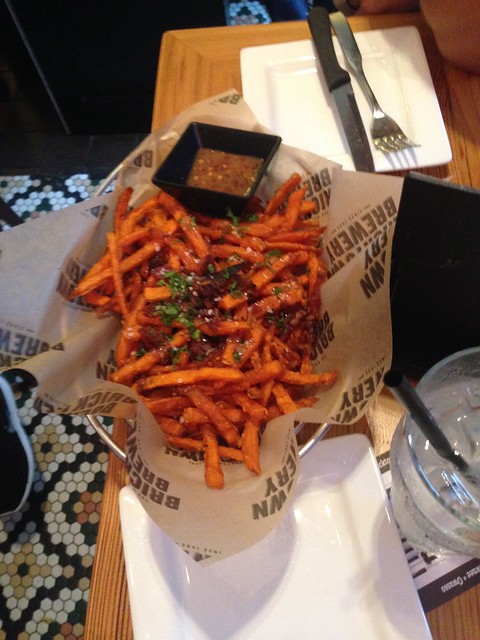 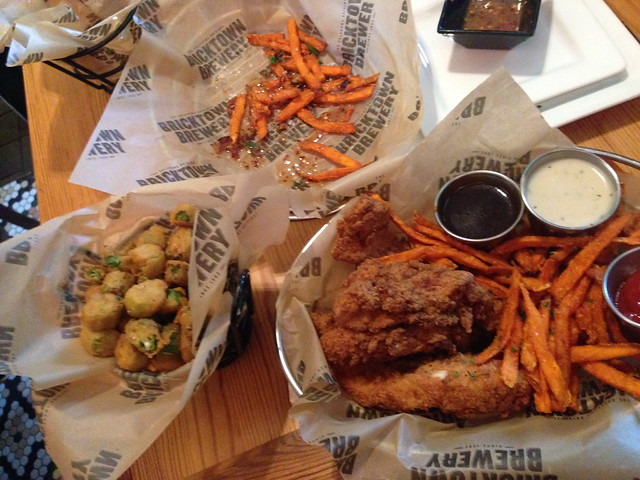 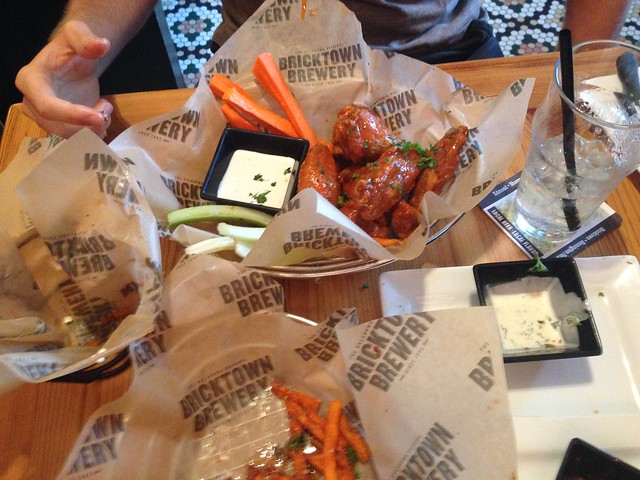 The cheese curds were a crowd favorite, but the red pepper sweet potato fries never disappoint. We’ll probably have to order both whenever we go back because they are both so good.

We came home and got some work done for the camps I mentioned earlier. We also cut into the top tier of our wedding cake (2 years too late?) and it was delicious! We have since decided that it was not too late but perfectly on time. S’more cake also never disappoints. 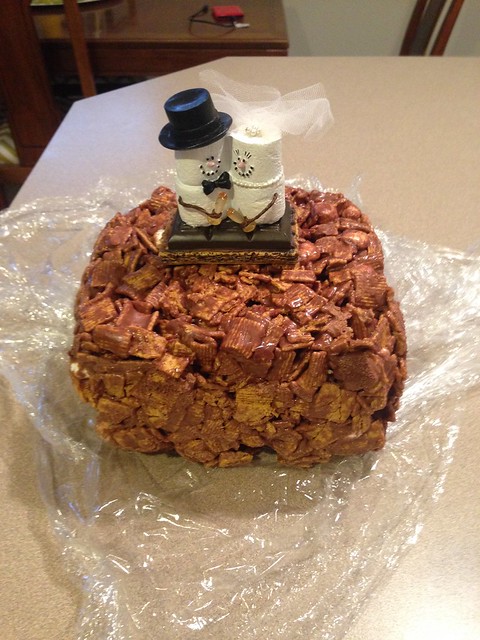 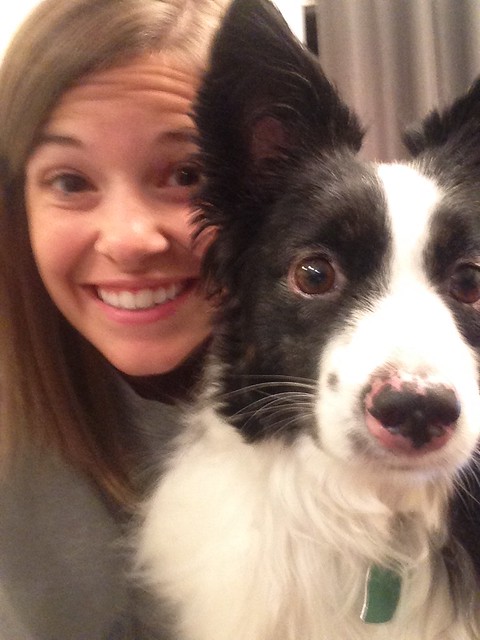 Alf and I were “working” hard.

Right before bed we lit our engagement candle and Mike reaffirmed his three promises. This is a yearly tradition and another reason why I really love this man. 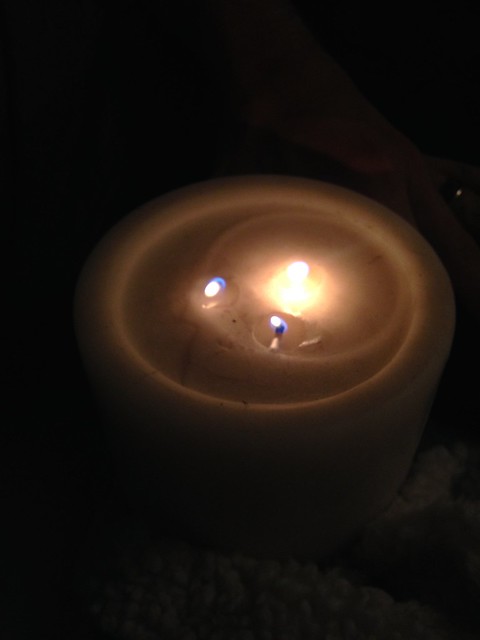 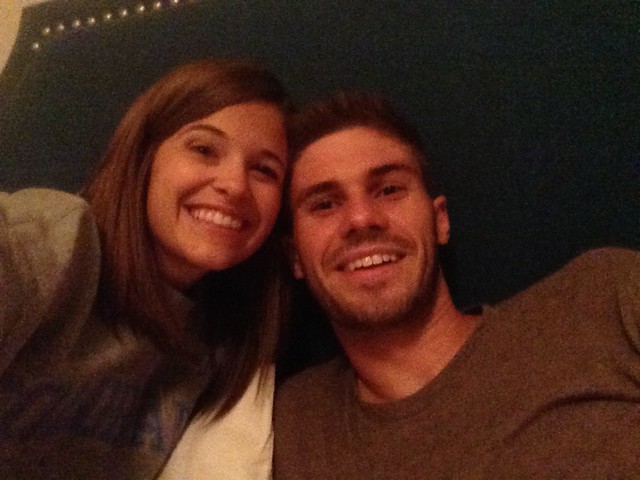 And that was our 3rd anniversary! I wish everyday could be anniversary day.

But today is hopefully just a happy day because FRIDAY!