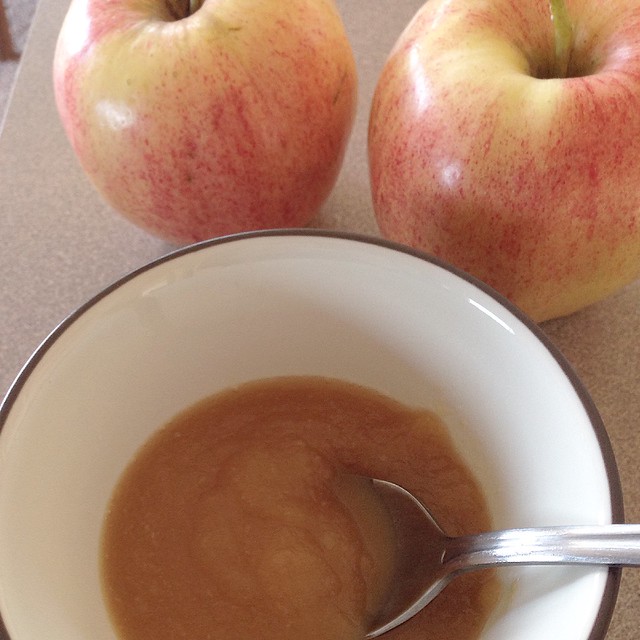 It was so delicious I thought I was going crazy. I will never eat store bought applesauce again… Ok, don’t quote me on that. But seriously if you’re making this recipe you should plan on making extra applesauce to go with the donuts.

But let’s get to the donuts. 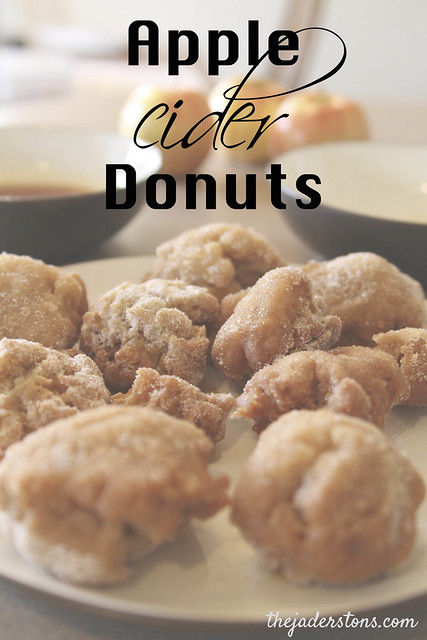 A few things about this recipe… It was adapted from Taste and Tell. It requires a lot of patience as in you don’t get instant gratification. I had to wait a solid 48 hours before I tasted anything fried. But it was also worth the wait.

You’ll start with all your ingredients… 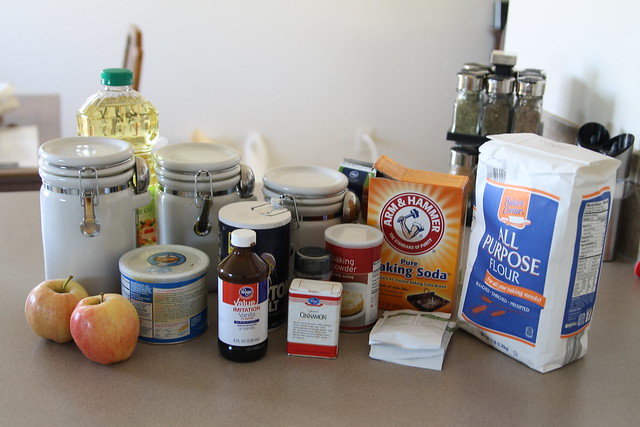 For the apple cider glaze:

For the cinnamon sugar topping:

Apple Sauce: Core the apples and chop. I used my apple peeler and then a hand chopper. Combine the apples with the cider in a saucepan over medium heat. Cover the pan and cook until the apples soften (about 8 minutes). Uncover and continue to cook until the cider is completely reduced (about 15 more minutes). Remove applesauce from pan and puree. I used my immersion blender. You should have about 1 cup of sauce, if you have more enjoy every bit. Let sauce cool – set aside. 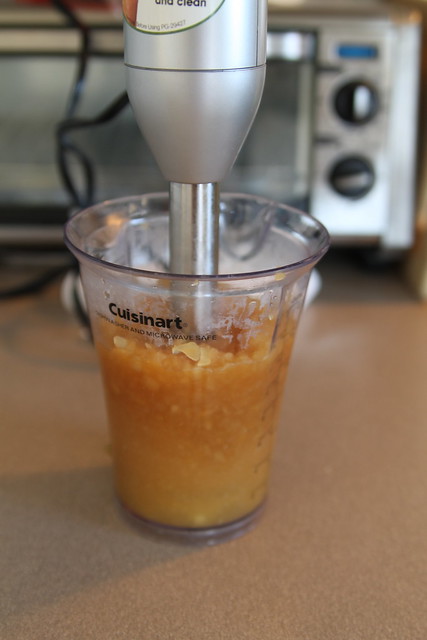 1. In a mixing bowl whisk together the flour, baking powder, cinnamon, salt, baking soda, and nutmeg. 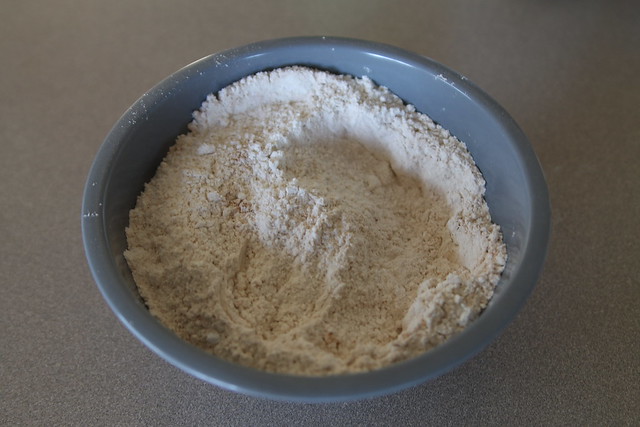 2. In another mixing bowl or mixer, mix together the sugar and the shortening on medium speed until the texture is sandy. Beat in the egg and egg yolk – then add the applesauce. 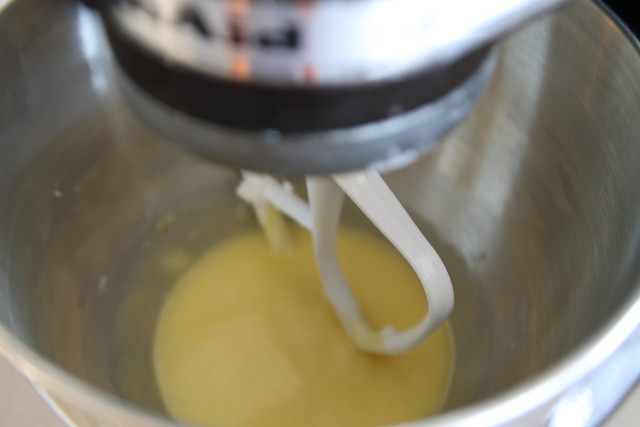 3. Add in half of the flour mixture, then the buttermilk and vanilla, and then the rest of the flour. Be careful not to overmix. 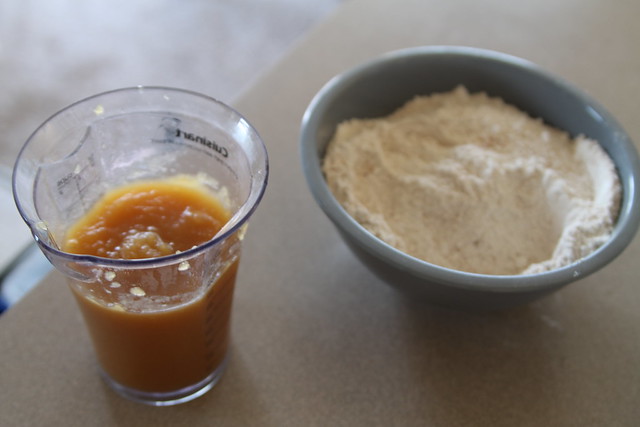 4. Place a piece of foil or parchment paper over a cookie sheet that is sprinkled with flour. Pour the dough onto the covered cookie sheet and cover with plastic wrap. 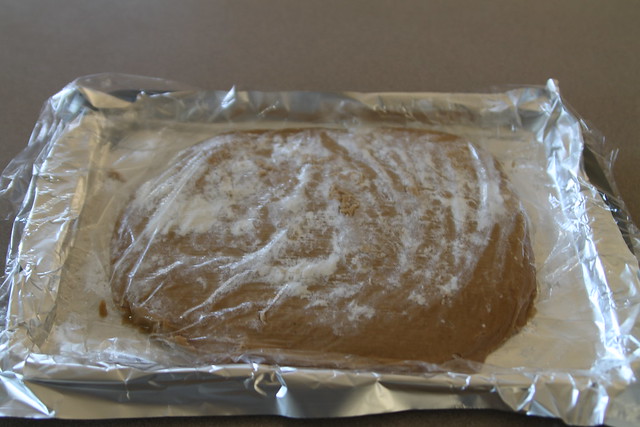 5. Refrigerate overnight. Or in my case over 2 nights.

6. When ready to make donuts, heat up oil in a large pot or in a deep fryer. We used a deep fryer. Heat the oil to 350 degrees. You’ll also want to line another cookie sheet with paper towels for when the donuts are done frying. 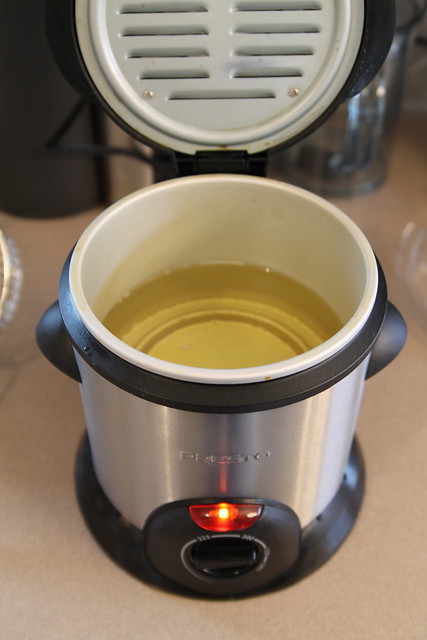 7. Make the apple cider glaze by reducing your 1 cup of cider over medium heat to about 1/4 cup. Whisk in the powdered sugar until the glaze is sticky and smooth. Set aside. 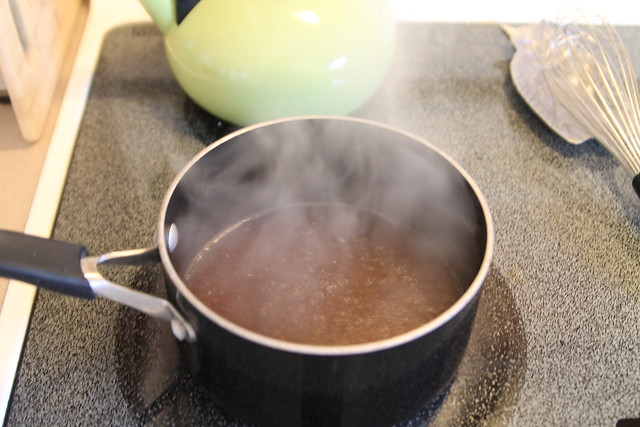 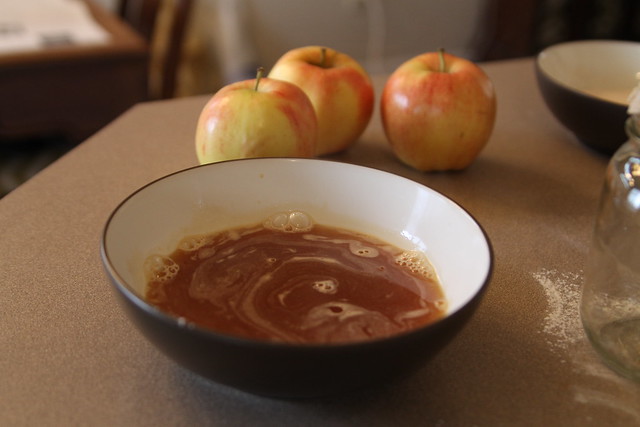 7a. Also mix together your cinnamon and sugar the the topping.

8. Flour a counter/work surface and turn dough. WARNING: The dough is STICKY! Well it was for me. This is partly why my “donuts” turned into biscuits (that and I don’t own a donut cutter). I used a jar and small knife but abandoned the knife after two attempts. 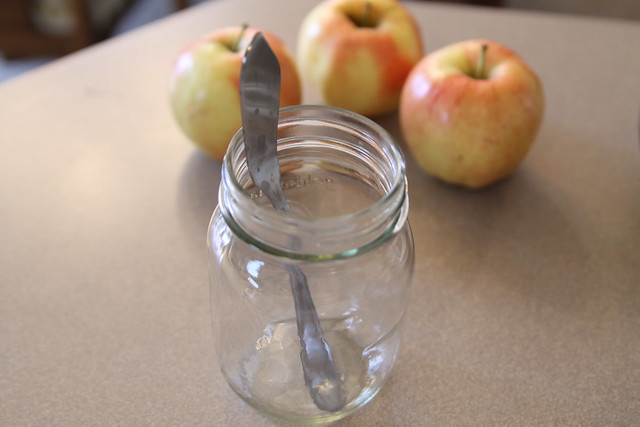 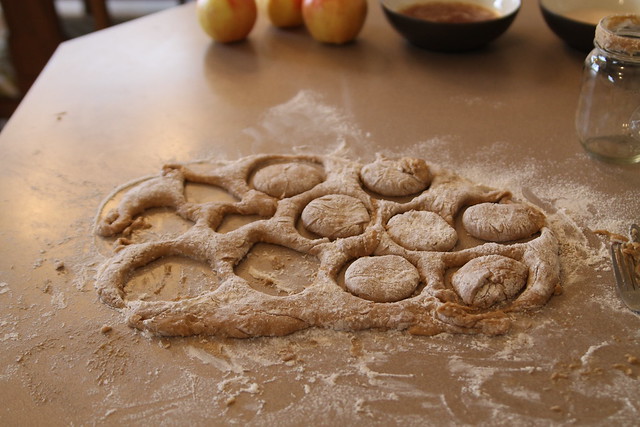 9. Once dough is flat on counter, cut out your donuts or biscuits and fry! It took mine about 2 minutes on each side to be complete. 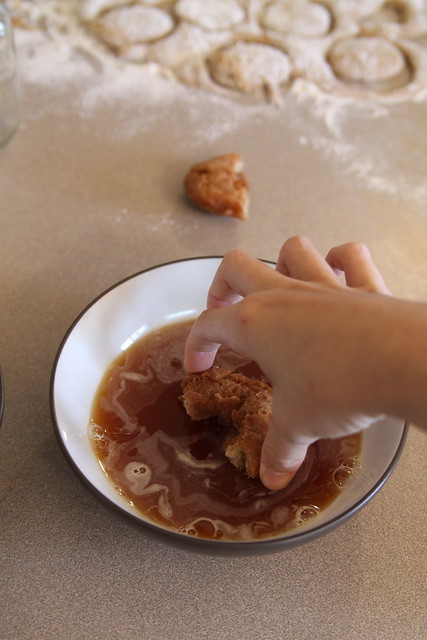 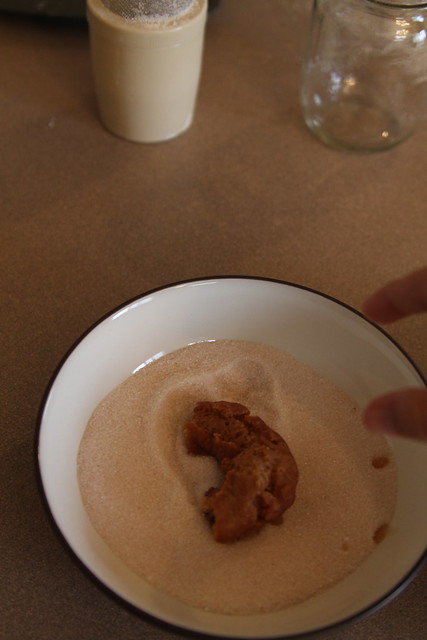 I took these over to Mike’s office to share with the staff – they were a big hit with the two people that were in that afternoon. 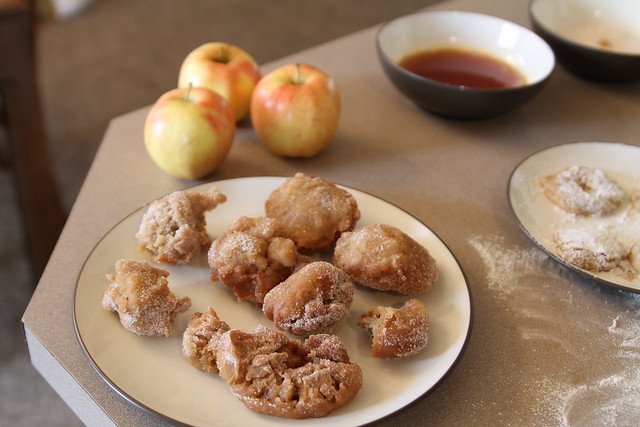 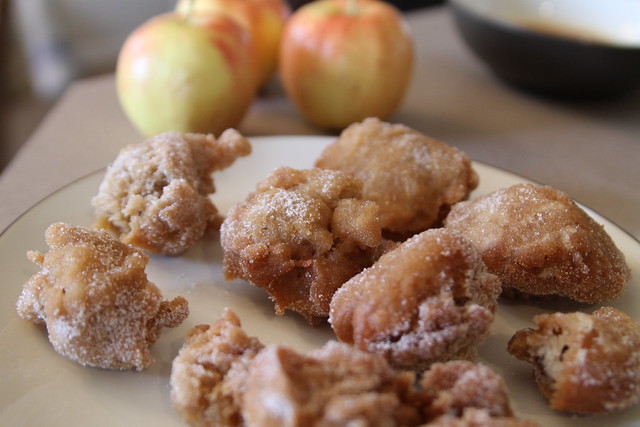 Oh, and the apple cider makes your house smell uh.maze.ing.

Pin the image above or save this post for later when you’re craving something homemade and sweet. This will definitely qualify.

« Arizona With My Love » Five on Friday